Unexpectedly, I received (oops, I mean blackmailed) a lift to a garden centre (a really cheap, really excellent place) this morning.

The weather was crap, and I truly did not expect to get anything in the ground or in pots today. But hey, lookee here: 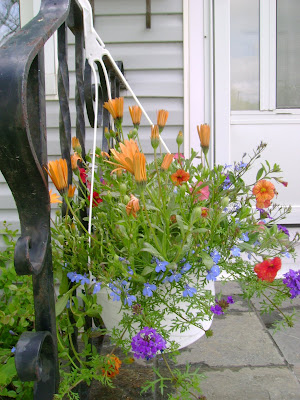 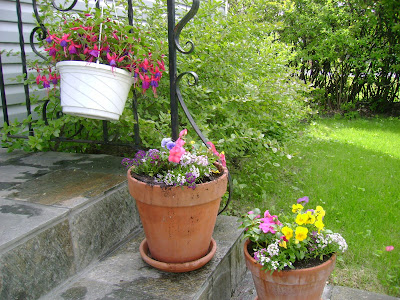 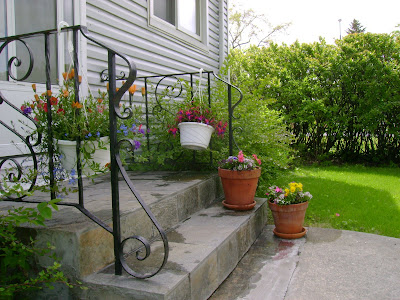 That is approximately one half of the flowers I purchased in those two clay pots. I don't have any idea what they are, but they sure are pretty. The hanging baskets were impulse purchases, one selected by the chauffeur/long-suffering mother (not mine) and the other, is well, blue and orange. I like blue and orange together (see: my living room).

Let's move on to the bedding plants, shall we? 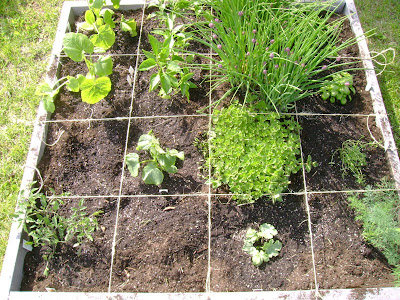 It appeared that I went a little bit crazy, and perhaps that's true. I have green peppers, orange peppers, jalapeno peppers, cherry tomatoes, beefsteak tomatoes, Early Girl tomatoes (yes, I like tomatoes and peppers), spaghetti squash, butternut squash and zucchini and yes! watermelon.
Plus basil, thyme, dill and parsley.
So why, do I only have one cucumber plant? Because the chauffeur was in charge of cucumbers and she was busy worrying about her kids. Sigh. (kidding! Love you! I'll go and get more cukes). 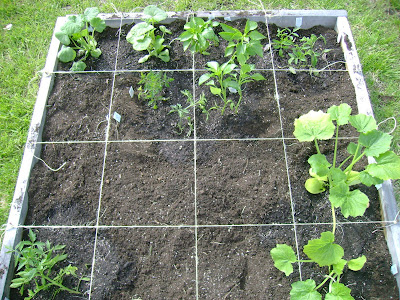 This marks a new stage is the Chez Peepee garden plan: writing down what is planted where. Revolutionary. Of course, the photos above aren't oriented the same as the photo of the plans, but still, it's an improvement (and said plans are under magnets on the fridge. And suitably beer-stained). 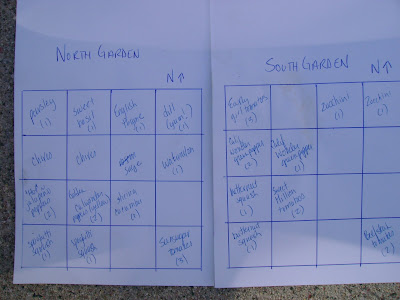 I also threw some clematis and geranium bulbs in the ground, things purchased a while ago. And, there's also the hanging baskets of petunias and strawberries I purchased while on a "break" ahem, with the company truck last Thursday. 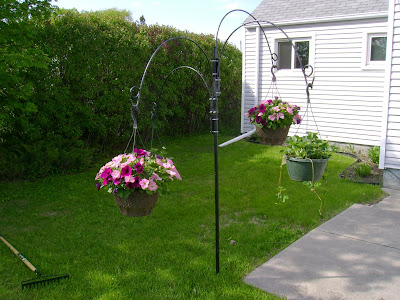 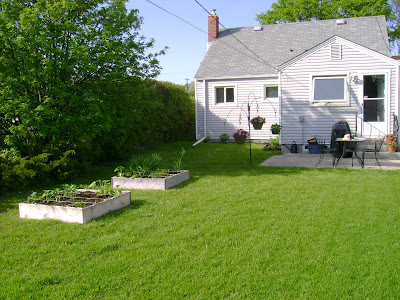 You said grab a cucumber. Or was it just me hearing things. I was hearing a lot of things this morning.
And trust me a trip to the plant spot is worth more than gold in not having to haul the littles in to the concert hall.

pssst. Biggest boy ROCKED! People audibly sighed when he came on stage. Literally. Him and another girlie started the show!