Apparently, I am wrong.

I've said recently that my house is a pig-sty, and perhaps not fit for human occupation. I am not exaggerating.

After a whole week off, I finally got busy today and started to do something about it. I tidied up the basement, moved a whole bunch of stuff down there, in order to pull up the carpet in the dining room.

It's worse than I thought.

My guys have been sending me messages that I have not noticed, and have very nicely relieved themselves around the perimeter of the room. The carpet is filthy, and the moisture appears to have travelled up the wall of the divider between the kitchen and living room as well as soaked through some cardboard and split the veneer on a bookcase I hoped to assemble (a fairly expensive bookcase and one I have wanted for a very long time).

Job number one: tidy basement (no photographic evidence, because I do not want to be committed to a mental health facility).

Job number two: move stuff around in the basement to make room for more stuff. 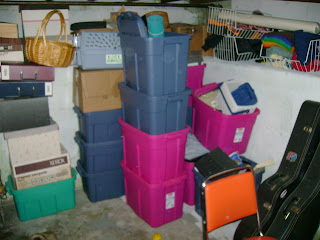 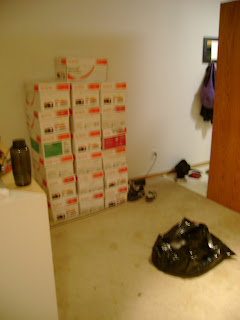 Pause to consider that I should have a "grab box" garage sale. I haven't really opened these boxes in a year, so I obviously don't need this stuff. 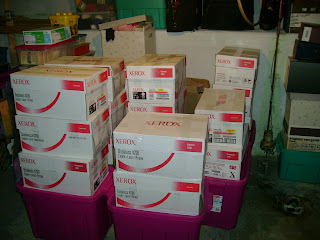 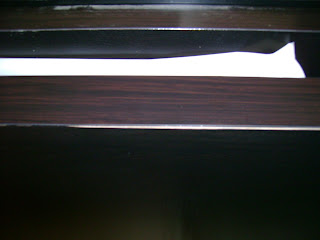 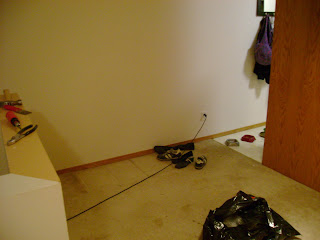 Job number five: pour myself a stiff drink and consider that I am a very foolish person, and that my apathy and lack of motivation might quite possibly cost me a lot of money. Also wonder if my health insurance plan covers renovations. Likely not.


I am shocked that I have let things go this far. Really, I thought the smell was a neglected cat box downstairs, which admittedly, didn't get cleaned as often as it should have. I realized that the carpet was a different colour, but I have black cats that shed all the time and beige carpet. I knew that I wasn't vacuuming like I should, but I was going to pull it up, very shortly. Really, I was.


Right now, I am considering blowing off my plans for the evening and having a stab at that carpet. I'm already filthy, and that carpet's not going to remove itself.


But, part of my depression comes from isolation, and bailing on invitations from friends will not fix that part of it.


And, I'm embarrassed to admit this, but I will anyway. Tidying up this afternoon was a form of procrastination - I should have been studying. Hell, I should have been tidying up and studying all week, but instead, I was shopping, knitting, reading and visiting with people. Now, in the space of 36 hours, I plan to do all the things I should have done during the last week.


My failure to manage my time is appalling. I used to be good at this. I truly wonder what happened.

Really - how can you say knitting is procrastination?? It's preparing for the next gift-giving opportunity. I admire your preparednessability! (?)

I'm especially supportive since I'm going through a similar procrastination myself...